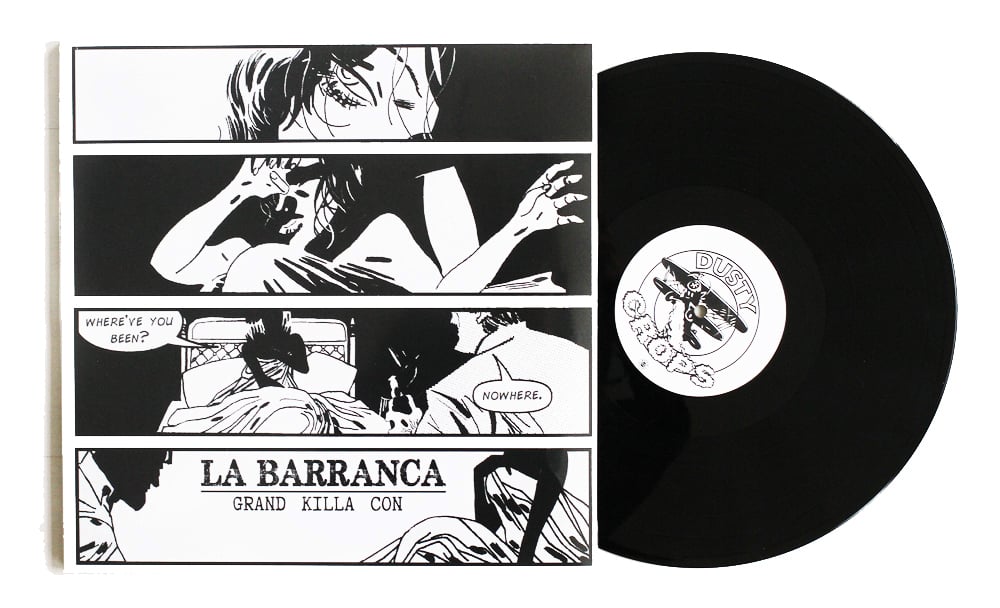 Grand Killa Con’s second full-length album, La Barranca, offers a twist on the sound of their debut Year of the Tre Bag via the incorporation of records producer Brycon excavated on a trip to South America and a whole new plethora of sound collage and Roland Space Echo usage.

“The producers I work with compose all the music, and the puzzle for me is to make the rhymes fit or contrast, cadence and mood, making sense comes last,” says Luke Sick, the grizzled frontman of GKC. “With Eons (of sister-group Grand Invincible) or Brycon, we’ve now all been making music for so long, it’s like playing a board game or fishing, something we naturally meet up to do. As we’ve gone along, the writing has mutated to the situation. It wasn’t intended, but the last Grand Killa Con record was comprised of rhymes I’d written with Eons beats in mind, but he had to re-prioritize his life when his daughter was born, so we back-burnered Grand Invincible until he could figure out how to manage music projects as a dad, which was smart on his part, but that was when Brycon came through with a gang of beats and GKC was formed using those same rhymes. The cool thing about La Barranca is for that album I wrote all new shit exclusively for a certain batch of Brycon beats over a particular time period, so I feel like on my part this one really is Grand Killa Con fully realized."

La Barranca dropped digitally on March 23 2016 via MegaKut and Star Bakery Records and has received stony endorsements from the legions of fans. And now, the full length vinyl version will be released May 23 2016 courtesy of Dusty Crops Records. The beautiful cacophony that exemplifies Grand Killa Con is mirrored by 7 (& counting) equally chaotic videos, including "Data Check", directed by PJ Gormley, "Grease Monkey Remix" ft Smidi, animated by Bosko Jackson and "Put Em To Rest", which will drop along with the vinyl LP on May 23. 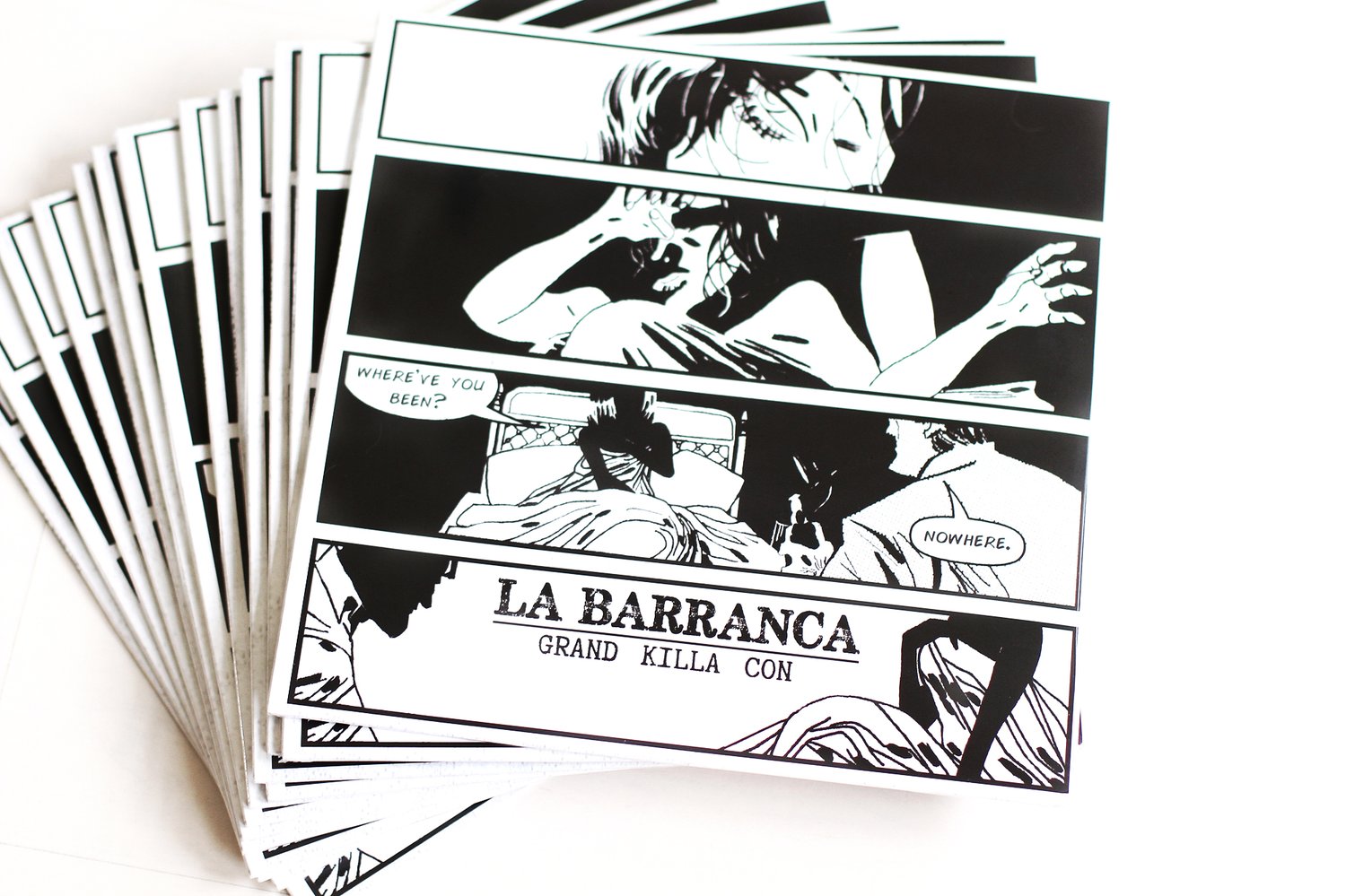 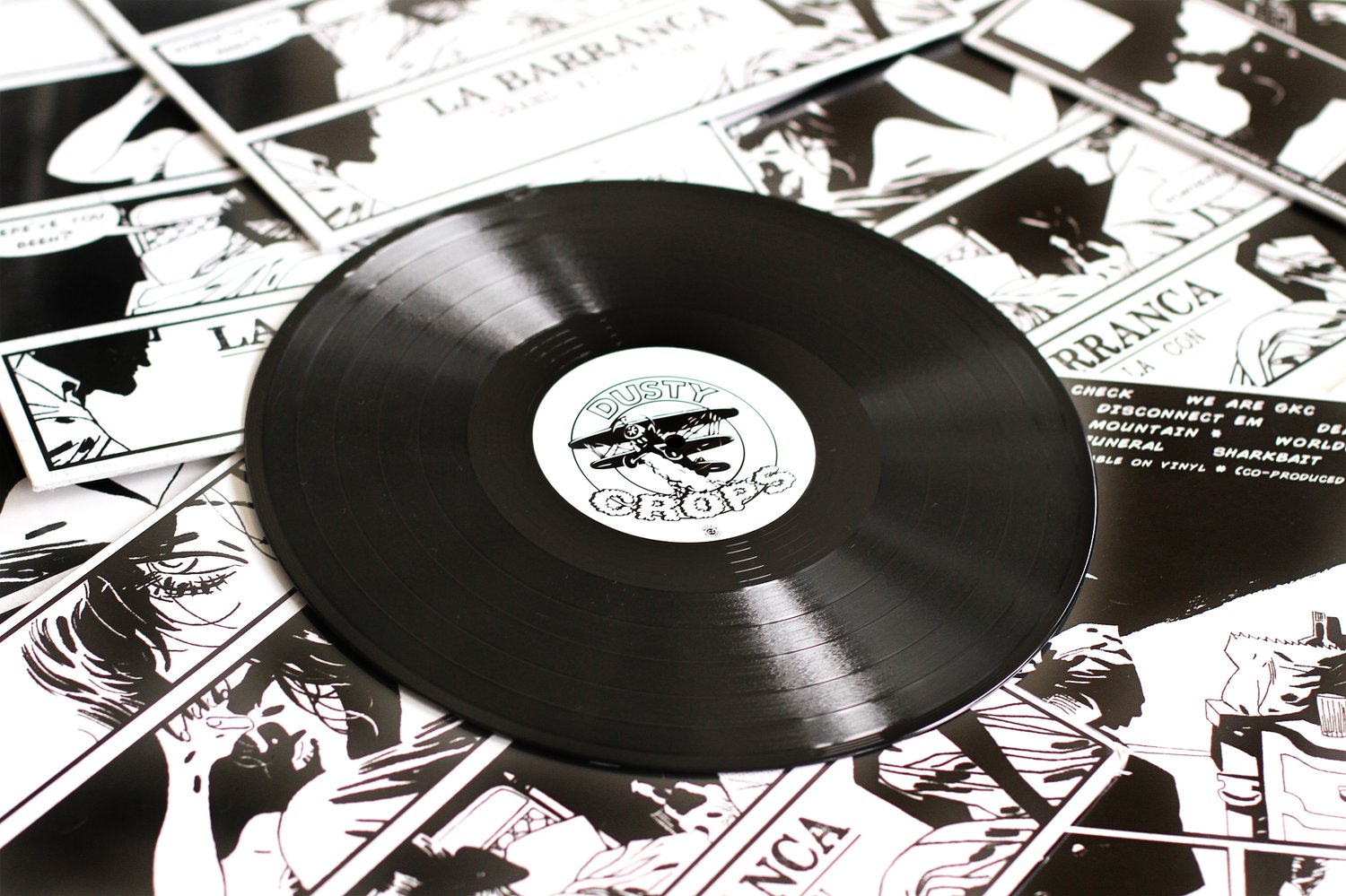